We are living in unprecedented times for publishing. The door is waiting for you to walk through.

What is it to be authentic? Are we suffering? Stuck? There are reasons.

Why do we write? What happens if we don’t? Does it matter? What if no one reads our works?

Hi, I’ve decided to begin video blogging. There are things I’ve wanted to say and maybe the written word has kept me hidden from saying them. The subjects will range from writing, to struggle, to living a purposeful life.

I hope you stay tuned.

If you haven’t subscribed, please fill out the form below for updates and other cool stuff. 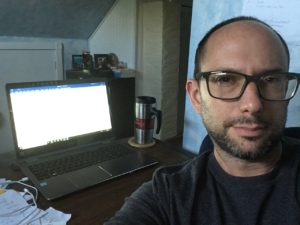 I’ve been fighting a lot lately. Fighting myself. God. Others. Wrestling with ideas, writing and work while seeking a better world, a better me. I’ve questioned myself while fighting with time that floats off into the night along with my energy and thoughts. I often go to bed exhausted from these battles. I’ve been fighting to write or not. Live true or not. Stand tall out from the crowd, or not.

All this fighting has left me bloodied. Hell, I’ve been bloody for 47 years. Some of these battles have ended up healing me. A divided self tears itself apart.

I hope to write a lot more in the months rolling in and to finish many pieces. My goal is to be earnest and seek truths while peeking behind the veil.

I encourage you to do the same in your own life with your own words and art. And if you already are, then this is a tribute to the battles you’ve already won.

There’s a world I’ve been looking for: a world of justice, intelligence, integrity, art and beauty. Clearly from the politics and divisive daily news, I will have to create it myself.

I hope you like the work. I hope you’re fighting for your own.

P.S. You will see sci-fi out of me dealing with DNA and the evolution and de-evolution of the human; a story of a single father trying to hold it together in a dying factory town, and more. Subjects that may not appear connected or frontpage news. People and events on the fringe interest me and influence the whole. I will seek them out trying to serve their voices upon the page.

P.S.S. It’s been a long while since I posted anything. Please enter your info below for updates and new content.

Today is Martin Luther King Jr.’s birthday and it is a national holiday. Public employees have it off while many private employees do not.

This is a “floating” holiday for many, like Veterans Day has also become. I don’t know how you “float” celebration of MLK Jr. or Veterans or what he or they have done for this nation. A holiday is just that, to acknowledge on a national level some part of our history and what makes us who we are.

Is national pride and history a choice? It is if we allow it be swept under the rug.

President’s Day is a combination of what used to be two separate holidays: Lincoln’s Birthday and Washington’s – two obviously important leaders. Without them, we wouldn’t be here. Lincoln had to make a crucial decision about slavery that was tearing the nation apart and Washington fought against all odds, though the military was outgunned by the British and had little money. After winning and there being a power vacuum, several generals encouraged Washington to become king. He said no, this is to be a republic and he handed back the power after the war had ended. He fought for a new world. Washington put his life and career on the line as did many soldiers who fought barefoot and without pay.

We used to have both days off. We honored them. We celebrated them. Now no one gets President’s Day off(except for school kids), and no one pays it as much mind. All presidents, good and bad, should not be lumped into this day. These two days, their birthdays, were to honor these two great Americans.

And now today, a day of divisiveness, Martin Luther King Jr’s birthday. Many companies let you float the time as if it’s just some meaningless day to go to the DMV, and yet the DMV is closed. By making this a floating paid day off, or pto, we diminish the importance of this man and the absolute searing indignation endured during the civil rights period and the hundreds of years leading up to it. Now I can float it and go to the dentist on a later date, not caring or even noticing it has come at all.

How do African-Americans, how do we as a people, with our history of slavery, not stop and acknowledge with reflections upon our past? If we are working a full day, it is hard to. By reducing the meaning of these national holidays we reduce our heritage and integrity by brushing them under the rug.

The leaders who formed this nation were rebels themselves, challenging the old ways through bloodshed and sacrifice to forge new ones. All of these great men deserve their day of respect and acknowledgement.

And we damn well better pay attention soon. Not only public workers but ALL WORKERS!

We are Americans and it’s time we started acting like it again. We cannot move forward from the past by hiding and allowing big business to dictate what and who we honor, how and when. 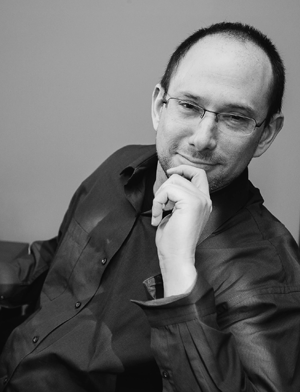